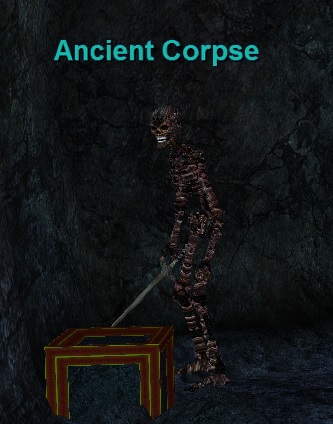 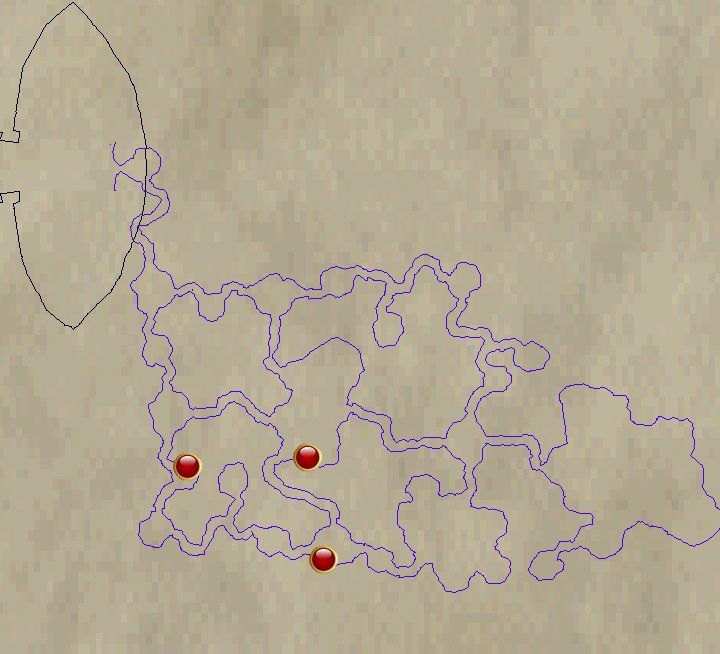 Finally got the charred heart after getting 3 ripped ancient shoulders and 2 ripped shoulders.

I will add one final note - he only rampaged on me the single time he had the heart - it was single target ramp.  I don't know if there's a connection or not - but he just never ramped before that.

This is a guide to pulling all 3 of the PHs (and applies to most of the caves).  Laborers have large aggro radiuses, skeletons have very small ones.  This means you can pull a laborer and it will pull other laborers, but generally not a skeleton unless it paths right over it.  If you pull a skeleton, it will pull the skelly plus all the laborers nearby.

The north most PH you can clear by standing in the cave connecting it to the south most PH, and pull the laborer right outside the cave, one to the right, and then 2 across the way near another skeleton that will aggro if you just try to pull the skelly before them.  You also need to clear the roaming soldier in that cave.

Get those 4 mezzed/CC'd/Dead and pull the PH.

I then use a mage to double invis over to the western one (though with a group you can also just double invis everyone and drag the last person who IVUs).  Theoretically you could go through the western tunnel, but I find that entrance doesn't give me a good enough angle on pulling the room which has 2 skellies and 1 laborer in it.  This is a tough room to pull because skellies are unmezzable, and you will be pulling 2 of them assuming the ancient corpse is not up.  You pull the laborer first.  Then deal with the 2 skellies.

If the ancient corpse is up in that western room, I found that pulling the other skeleton usually wouldn't aggro him though it also did aggro him once.  I couldn't beat him with an add aggro, but once I cc'd the laborer and killed the skelly add, the ancient corpse was as easy there as everywhere else.

The problem with this fight is not the named - it is handling the numerous adds (4-6 mezzables or 1 unmezzable) on top of him.  Because the laborers can be pulled separately, if you have good CC (a chanter or bard) - you're great for this named.  Otherwise it will be tough to kill fast enough to clear all 3 PHs before repop begins.

Updated lucy with the links -

Dropped Shroud of the Forgotten with the rare shoulders.

Also dropped "Ripped Ancient Shoulderpads" which are the slightly better version with the type 3 slot.

Named was a pushover. The debuffs are NBD

Named was a pushover. The debuffs are NBD

Not 100% sure of that one... Its the only one that I had to guess it was it. I have seen all the other nameds loc though so dont rush in doing update incase im wrong =p