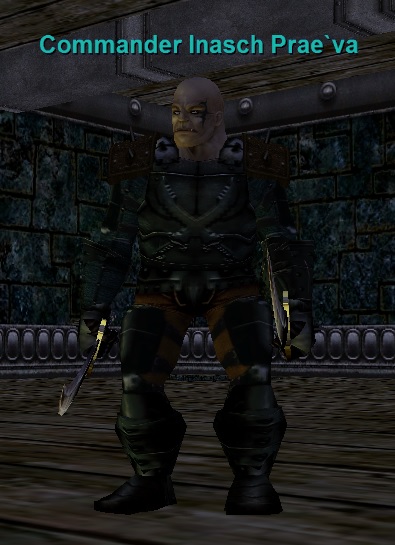 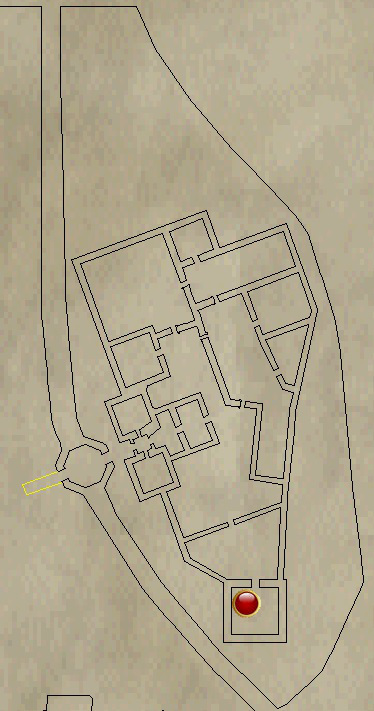 The adds don't really seem to be clerics as they cast cleric pets but don't seem to heal. They DO cast a 75k single target DD called "Mind Melt" which if you pop too many adds at once is nasty.

Also dropped "Pauldrons of the Diaku"

He will also cast a spell whose info tells you "Your mana ignites!" or "Soandso's" mana ignites! - We couldn't figure out what it was though definitively as several spells have that casting message and we couldn't see what he was casting.

That spell WILL be chain cast though on whoever casts on him and does significant damage - it effected melee procs too so we kept spell damage on him, but it still hurt/killed a lot. It could be if it's a spell that converts mana into damage though that even though it effected procs, since they're 0 damage it might not actually charge them.

The adds are called a "mind-sustained vicar" - they did take damage although VERY slowly and resisted most spells though I did see a chanter slow land...once.

It appears that you need melee to kill them or else have DPS REALLY high to overcome their healing.

He summons percentage based adds, cleric type kobold mobs, which can buff (and presumably heal) him. One of those buffs increases the name's max total hp, but doesn't heal him for the same amount. Comparable to cleric's divinity aura. While the name's actual hp is the same, his percentage hp drops as a result, which sometimes pushes it past the trigger point of more percentage based adds spawning.

The adds themselves are very resistant to attack. When he summons them he emotes that they are impervious to our might and magic. Most spells seem to be entirely resisted. Melee attacks were heavily mitigated. They can eventually be killed. After a while though he emoted (zone wide I think?) about our mortality being drained away, and very quickly started to regenerate himself back to 100%, at which point we couldn't bring his HP down any more. I saw from the forum here that another named has a mechanic that if not killed within a certain time, will also regenerate it's health back to 100%. This could also possibly be a similar type of mechanic. The adds, being highly resistant and taking a very long time to kill, could be there simply to take up your limited time.

It is also worth noting however, that the other pre-existing "names" in that room, stopped spawning for us while we had the named engaged. A monk who was FD noted that once everyone else left, and the named no longer aggroed, that all the other "names" in that room repopped. We are unsure what role, if any, they play in the named mechanic. We tried training adds on them, aggoring them, killing them at certain points, but have not had any luck yet.