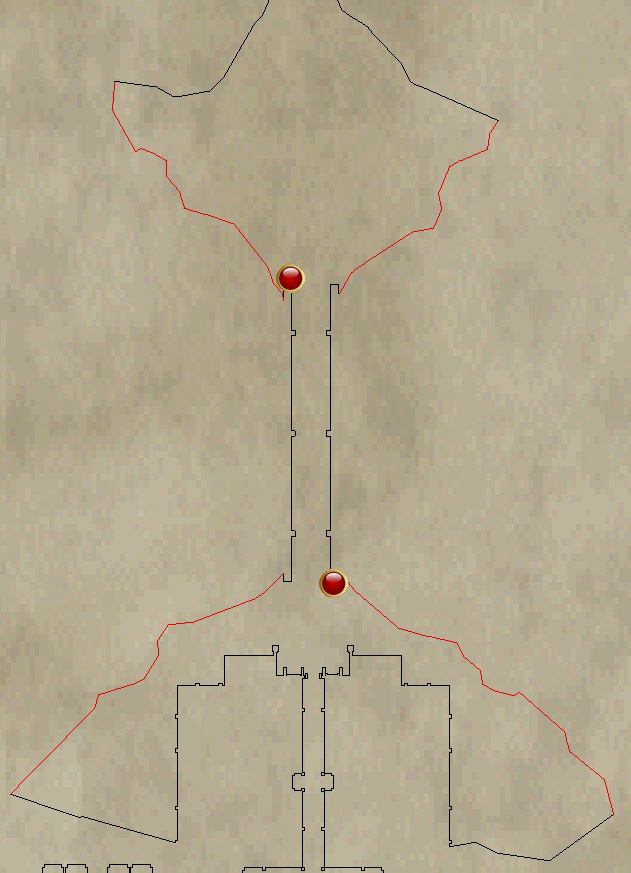 Does a Feign Death / knock down.

I foresee that this is going to be a popular mob as he drops the much anticipated EM15 earring. Mass of Spite spawns from one of four static stonetalon that guard the ends of the bridge leading to the King's castle. Each may be pulled without aggroing its partner, and neither the PH nor named are sociable with the guards or nearby bats. As always with this zone it is recommended that you be under dark elf illusion when pulling, and with that and an invis after you tag the PH/named you may merrily pull it back to your camp through whatever mobs happen to be up. Personally I like to set up shop on the back wall in the area before you approach the bridge, but that's certainly not the only spot.

Mass of Spite casts what I assume to be a single target feign death spell (could be AoE but if so then it is melee range only). Pets and mercenaries don't seem to be bothered by that however.