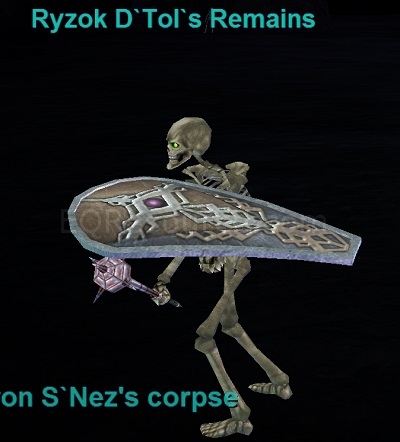 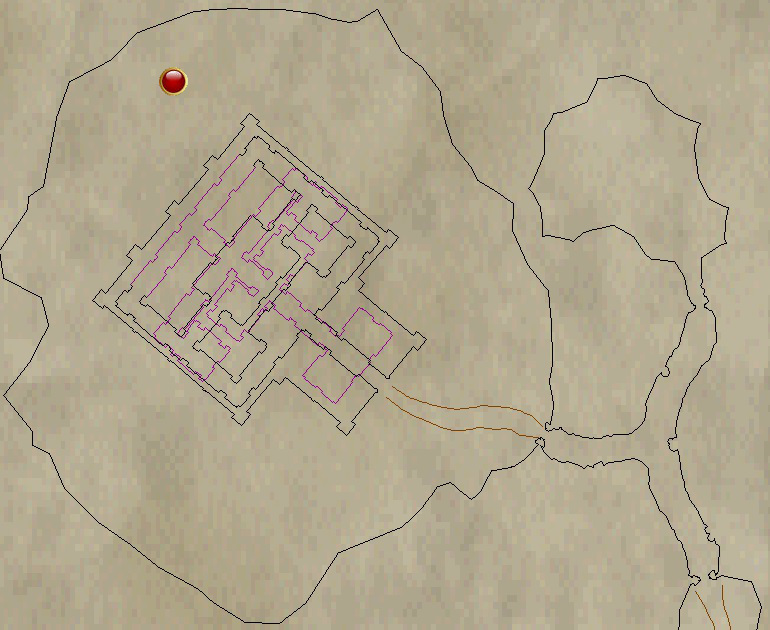 I'm starting to think these nameds do not have a "common" visible, but an equal chance to drop any type.

Ryzok D`Tol`s Remains spawns from 'an enraged skeleton' PH at the back (outside) of the Queen's castle. Incidentally, the undead golem type mobs (not actually undead) in the area all see invis and like to lurk behind pillars as you run past. Dark Elf illusion makes this a non-issue even when on max bad faction in the queen's area (for me at least as a human SK. My gnome mage was KoS even under illusion). Drops a monk/beast 1H and as with any named in the zone (or so I assume as he and one other named have dropped it for me) has a small chance to drop the +15% Specialise Alteration aug as extra loot. It does seem to me that he spawns more often that the other named - I have killed him 21 times so far and I get the feeling that he is on a 50% spawn chance. SOE tend to have a boost to the named spawn rate for the first fortnight after an expansion release so I wouldn't expect this to last.