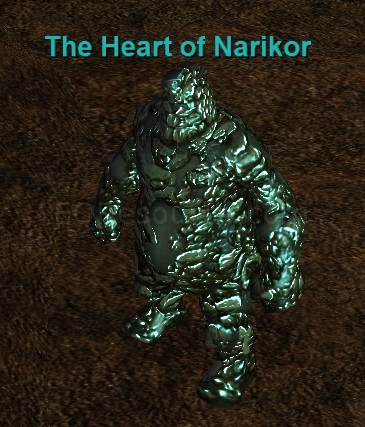 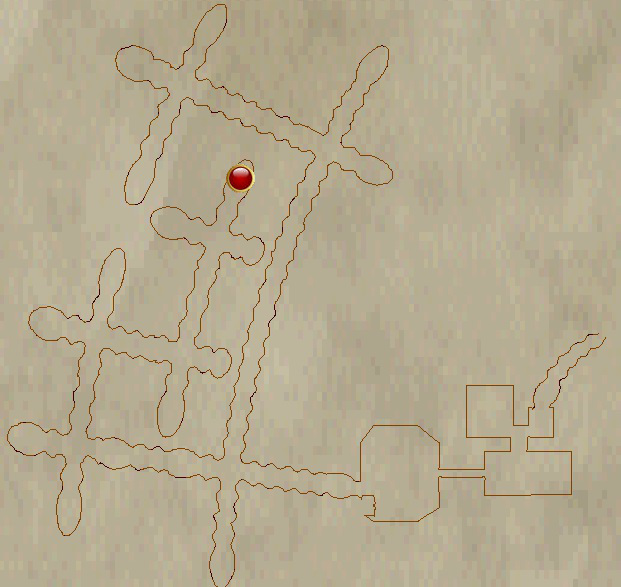 Did this mob 3 times, and cleared the area just before.  Even though all the fights lasted 10-15 minutes, I never had problems with respawn... it's almost like respawn became slower when this mobs is engaged.

- at 80% he splits into 3 smaller mobs, which combined hit about as bad as the initial mob.  All of them must be brought to 60%.  One is the original (but smaller) at 80% health, red con.  The two others are at 100% health.  The first one is melee resistant, the second one is immune to magic (couldn't even Tash it).
- at 60% he merges into the larger version again.
- at 40% he does the same thing, but this time they must all be brought down to 20%.
- at 20% he merges into the larger version again and can be killed.  Beware, if you take too long, he starts hitting for 80k plus (50k on defensive).

If you wipe, the second round you may not be able to bring the mobs to 20% on the second split, but if you bring them to 60% and the original to 20%, they still merge again and you can finish the fight.

Hp wise, this was combined on the whole encounter (adds included).  Didn't notice any spells or emotes of relevance.

Hardest part about this camp is that he is leashed to the little northern strip of the mine that he is at the end of.  If you pull him into the intersection, he leashes.

The mobs in his area respawn in like 5 minutes.

I cleared the goblin on the corner, pulled the ogre into the safe spot and mez locked him with my bard, had a friend OT the Gargoyle in the safe area too by the NPC in the alcove just SW from named.

Then at 40%, he splits into 3 mobs again, and you have to bring them down to somewhere around 10% and they go back into the original Heart of Narikor until death.